Is weed legal in Finland? 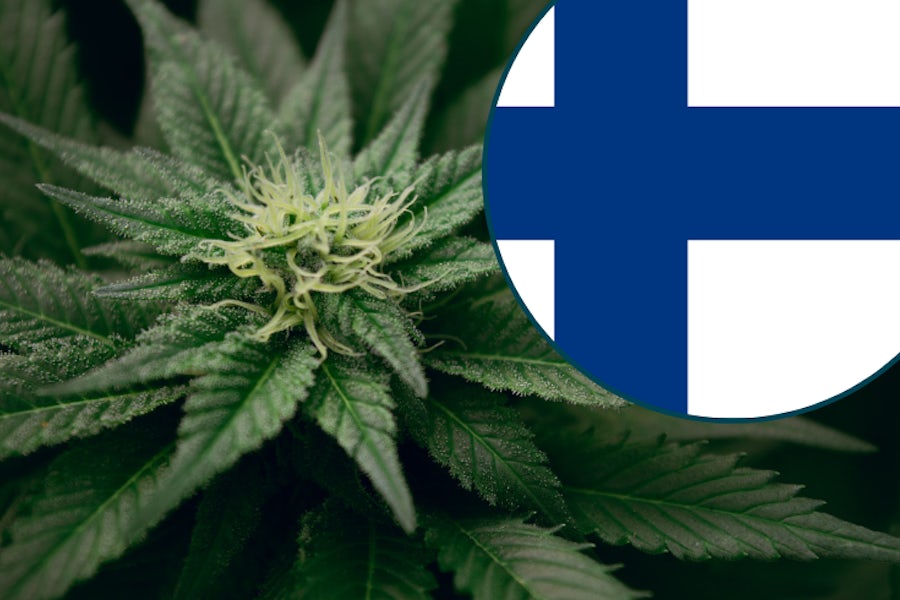 Finland has a mixed attitude to cannabis. Hemp was Finland’s main crop in the 18th and 19th centuries, but the 20th century brought prohibition to many countries, and Finland was no exception. It is now illegal to use or possess cannabis in Finland recreationally, and those charged end up on a police database, which can hinder their ability to find work.

In 2019, nearly 60,000 Finnish citizens signed a petition to decriminalize cannabis, surpassing the threshold of 50,000 signatures required for the parliament to consider the matter. They have until the end of the current parliament, in 2023, to do so.

Medical marijuana in Finland is legal, but only one product is available on prescription for patients with MS, and is generally only prescribed as a last resort treatment. Currently around 250 people in the country use it.

What are the marijuana laws in Finland?

Criminalization of cannabis for personal use was controversial in Finland from the get go. The vote to prohibit cannabis use was passed by the eduskunta, Finland’s parliament, in 1971 but the government was against the move and so the vote only carried by a narrow margin. Nonetheless the vote passed into law the following year and is now enshrined in Finland’s Narcotics Act, which outlaws drugs in general.

Unlike some legislations, Finnish law makes no differentiation between personal use and intent to sell. This means that while the penalties for being caught with marijuana vary depending on the amount held, this is at the discretion of the justice system.

Where is weed legal around the globe?

Must-have gear for the outdoorsy stoner 2023

Traveling with cannabis — in the US and internationally

Finding that the courts were being overburdened with personal use cases, 20 years ago Finland decided to reform the way marijuana use was dealt with. In reality, the police often turn a blind eye to personal use. However, police can opt to give summary fines. These are set to the level of the person’s income, but are generally €60 – €80 if caught with under 10 grams of hash, or 15 grams of weed.

Those issued fines can opt instead to have their cases heard in court, where punishments of up to six months in jail may be waived if the amount of cannabis is deemed to be insignificant, or if the defendant agrees to take part in a rehabilitation program. However, a conviction is recorded in police records, which can make finishing education or getting a job more difficult.

At the other end of the scale, those found guilty of an aggravated drug offense can face up to ten years in jail. Aggravating circumstances include large quantities of the drug, intent to sell, or involvement in an organized drug gang.

What about cannabis for medical use?

Medical cannabis has now been legal in Finland for over ten years, yet uptake is very low at around 250 people throughout the whole country. This is largely due to the fact that only one product, Sativex, an oromucosal spray, has been made available by prescription, for those suffering from MS. However, many doctors are unwilling to prescribe it, seeing it as a treatment of last resort for people who haven’t responded to any other alternatives.

For those with other conditions prescription is made on a case by case basis, and only after the patient has been seen by a specialist. Bedrocan, Bediol or Bedica strains are available through a limited number of specialist pharmacies.

Medical marijuana is not subsidized by the health system in Finland. Sativex in particular is not cheap, costing as much as €650 for three 10ml bottles, which is prohibitively expensive for many. This has prompted some Finns to start growing weed for medicinal use at home, despite the risk of prosecution.

Hemp has historically been a key crop for Finnish farmers, and as no law was ever passed to ban hemp crops, some farmers continue to plant it to this day. Finola, a hardy hemp strain developed in Finland, even has the backing of the EU, and was added to its subsidized crop list in the early 2000s.

Mindful of the market for medical marijuana that is now opening up worldwide, some farmers in Finland are interested in branching out into growing marijunana for medical purposes, which is currently illegal. In 2019, the Finnish Market Garden Association indicated that a number of their members were interested in seeing the cultivation of medical marijuana legalized, so that they could cash in on this trend.

The push for legalization of weed in Finland

In November 2019, a citizens’ initiative calling for the decriminalization of weed in Finland passed the 50,000 signatures it required, and was passed to members of parliament for consideration. If accepted, cannabis would not be legal, but use, possession and limited home-growing would no longer be a criminal offense, so would not show up on criminal records.

Last year, the Green League, one of the parties in the ruling coalition, went further, supporting a motion during its conference to work towards full legalization. The party has also adopted the stance in its manifesto. The party has argued that the current “prohibition” as they call it, hurts poor and disadvantaged people disproportionately.